Her season is autumn, her lunar phase the waning moon. Time to gather the harvest, to start pruning, as the light diminishes…

The Shamana is well acquainted with her shadow, she’s guided by her intuition, she is a healer and a warrior. She is a free spirit.

Hers is the premenstrual phase of our cycle: a highly creative moment when we can make unconscious connections to our wounds and our truths. The Shamana has the power of discernment, with ease she separates the grain from the chaff.

She is Persephone, Greek goddess of the unconscious, the underworld of dreams, the unknown and the invisible.

She is Kali, Hindu goddess of death and rebirth, guardian of the world between life and death, incarnation of the empowered feminine she destroys old patterns bringing release into freedom and integration.

She is the Medusa of ancient Greek mythology who, in her monstrous representation, invites us to see the ‘terrible’ in ourselves and others in order to move through the fear and embrace the negative. It is through Medusa that we can discover the mysterious power of the feminine.

She is also Lilith, Middle-Eastern goddess and according to some ancient Hebrew texts the first woman of creation. She embodies the free, non-submissive feminine sexuality.

Her rite of passage is the menopause, our journey of transformation to power and wisdom. If we follow our ancestral lines we see that women were recognised as Shamanas after the transition of menopause.

The Shamana beckons us to unfold and connect with the Wild Woman for centuries buried deep inside of us, and so enjoy access to her hidden treasures.

Her season is spring, her lunar phase the crescent moon. The seed that germinates, initiation, passion for life, time of new possibilities… 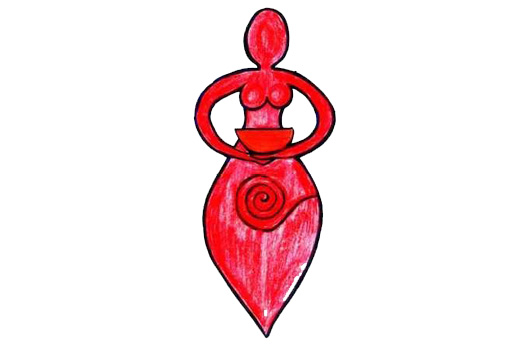 Her season is summer, her lunar phase the full moon. The seed becomes a flower, bears fruit and matures thanks to the warmth of the sun and the nutrients of the earth… 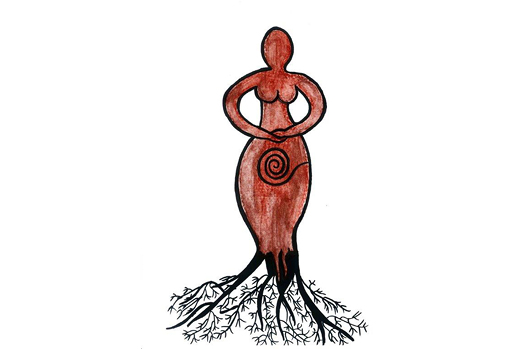 Her season is winter, her lunar phase, the dark moon. Time to hibernate, put down roots, be still, be renewed….